This blog started about 12 months ago and since then a lot of things have happened for me and my art. So in the spirit of the New Year, I thought I would take a moment to reflect on the past year. 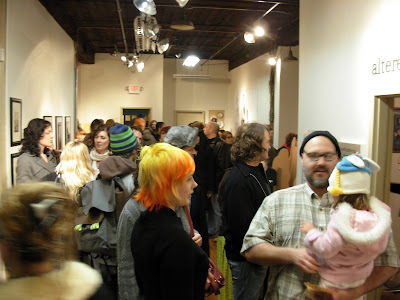 In February, I had my first experience curating the group show Anxiety Dreams. Six months of preparation with my curating partner Ellen Mueller, and the exhibition was a wonderful success. Paired with Altered Esthetics‘ Bitter Fruit, the opening was packed. The exhibition also received several positive reviews, including one in MinnPost:

“Torgerson and Mueller have an eye for creating a cohesive show of up-and-comers.” – Molly Priesmeyer 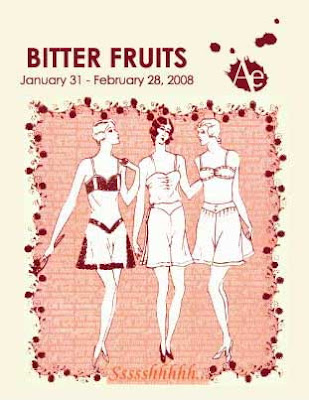 I was also the featured artist for Altered Esthetic’s February exhibition, Bitter Fruit. My print, Stitch & Bitch, was featured on the show’s postcards and included in the gallery’s 2008 calendar.

I am Fine was also included in Self-Evident: Contemporary American Self-Portraiture at the Claypool-Young Gallery during the same month.

In March I moved in to my first shared studio on Lake and Chicago, which would soon be named Camphor Studios.

Two of my prints were included in Minneapolis 55408 at Intermedia Arts. And Molly Priesmeyer gave a lovely interpretation of my work as a part of a review for MinnPost.com. 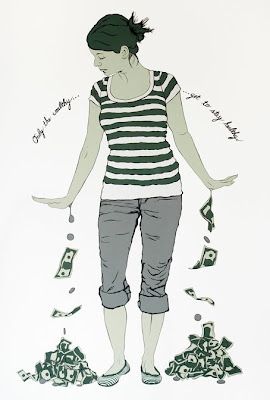 May saw the completion on the first drawing in the ill series, titled COBRA.

Summer peaked in June, and we celebrated with Art Soak Yard Sale our first public event at Camphor Studios.

My first international exhibition occurred in August when I was included in Old School at UPPERCASE gallery in Alberta, Canada. The exhibition featured my new screen print, Nature/Nurture. A beautiful little book of the exhibition was also published by the gallery. 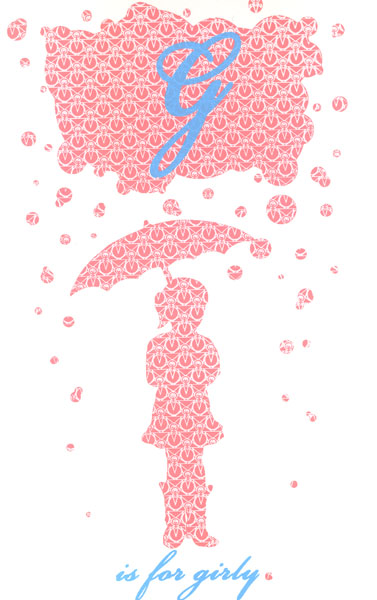 I finished Loss (the second of in ill series) in September, and then promptly left for New York City for a week of museums and adventures!

October was the highlight of my year. I am Fine and ThinkGirl Posters were included in the Sixth Minnesota National Print Biennial. I am Fine received purchase awards from both the Weisman Art Museum and the Minnesota Museum of American Arts. This marked the first inclusion of my art into a museum’s permanent collection! It was also the first time my work was mentioned in the Star Tribune as a part of a review of the Biennial. I was fortunate to be complimented in a largely critical article. A catalog was also produced showing a select grouping of artwork from Biennial exhibition, of which I am Fine was included. 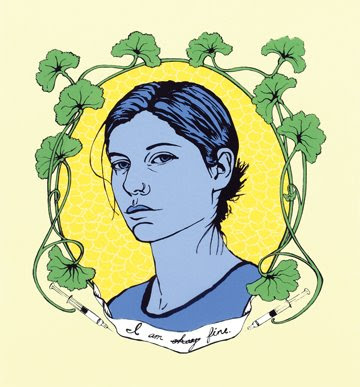 I created stickers and magnets that were included in the Prints Gone Wild print fair in Brooklyn, NY as a part of Bikini Press International‘s booth. Both the magnets and stickers are now for sale in my online shop and at Soo VAC‘s store.

Throughout the year, my website was continuously updated and expanded to feature new art and information!

Finally, November saw my first collaborative project Nite Lite. Built with the other members of Camphor Studio, Nite Lite continues to shine in the Shoebox Gallery into the New Year.

What a wonderful year! Thank you to all my friends, family and patrons supported me in this past year. 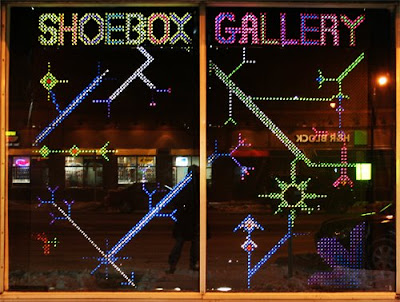 3 thoughts on “A Year in Review”