It calls for the virtual elimination of the Perpich Center for Arts Education; converting it to a charter school and taking away almost all of its funding. These cuts would force the institution to end its housing option for students. 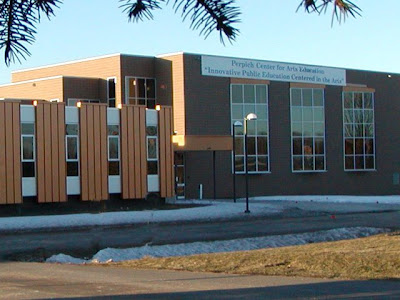 In 2001, I moved into the residence hall of Perpich to attend school. The Perpich Center for Arts Education was 240 miles away from my parents’ home, and to go there I paid to stay in the dormitory with half of the student population whose parents lived too far away to commute. Going to Perpich was a huge opportunity for me and many other rural students. Unlike the metropolitan area that has many options within commuting distance (including schools that have adequate art departments) my rural background did not allow for in depth arts education. My only real option for additional arts training while in high school was Perpich.

It was at Perpich that I learned to screenprint.

The elimination of the boarding house at the Perpich Center for Arts Education would make it impossible for rural Minnesota high school students to have a second chance at receiving the arts education their local school lacks. The Star Tribune had a front page article today on the consequences of Pawlenty’s proposed budget for the school. Please read it.

5 thoughts on “Pawlenty vs. Perpich”